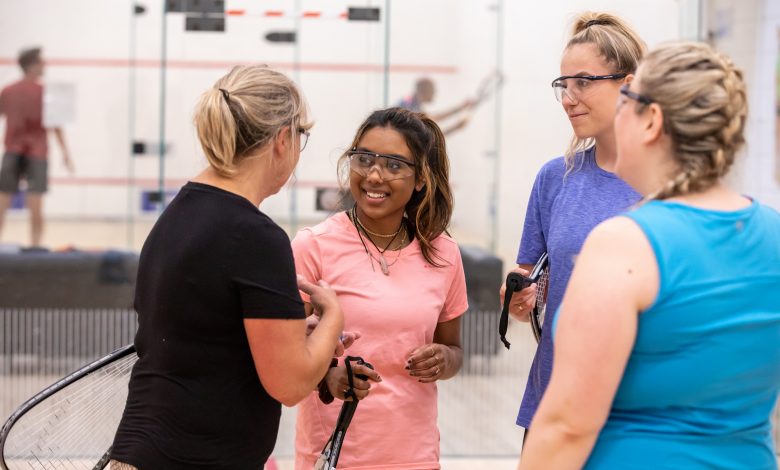 According to England Squash’s latest figures, approximately 80 percent of England Squash coaches throughout the coaching pathway are male. To address this imbalance, England Squash have launched “Squash Girls Can Coach,” a discounted coaching programme for women and girls.

The part-funded six-month-long programme, which is scheduled to begin at the end of January, will cost £65 ($88USD), £85 cheaper than the recommended retail price and will encourage and support more women to kickstart or re-start their coaching career with structured training.

Explaining the reason this discounted programme is now being offered, Squash Girls Can Coach Project Lead Anna Vaughan-Hawkins said that women and girls had been disproportionately affected by the pandemic, a claim supported by the British government’s Office of National Statistics.

She added that considering this, it was vital that England Squash focused on how women and girls could be best supported in starting and returning to coaching.

By offering this programme, which will invite up to 60 candidates, England Squash is targeting an increase in the number of qualified female coaches, from 20 percent of the national total to 30 percent.

Vaughan-Hawkins explained that failing to increase the proportion of female coaches would create a self-reinforcing image of squash being a male sport. She said: “We need more women in squash and more visible female coaches. Lower numbers of women coaching means fewer role models for women and girls within the sport and further perpetuates the idea that squash is not for them.”

She added: “By encouraging and supporting more women and girls to coach and continue to coach we will bring more diversity of thought and experience to the sport which will support the new England Squash Strategy: ‘Squash in a Changing World.’

“The data suggests that once female coaches engage in the pathway, they continue to move through consistently from level 1 to level 3. So the first phase of focus will be on engaging new female coaches to coach the sport and connecting them to existing female coaches.”

Sarah Fitz-Gerald, WSF Vice President and Chair of the Coaching Commission, added her support to the Squash Girls Can Coach programme: “This is a brilliant initiative from England Squash. It is fantastic that women and girls are being given the opportunity, tools and confidence to begin their coaching journeys which can lead to a very rewarding and fulfilling career.

“I look forward to seeing the next generation of female squash coaches who will be introduced to coaching by this programme.”

Applications for the Squash Girls Can Coach programme close January 31.