Over 2,000 people introduced to squash inside Birmingham New Street Station 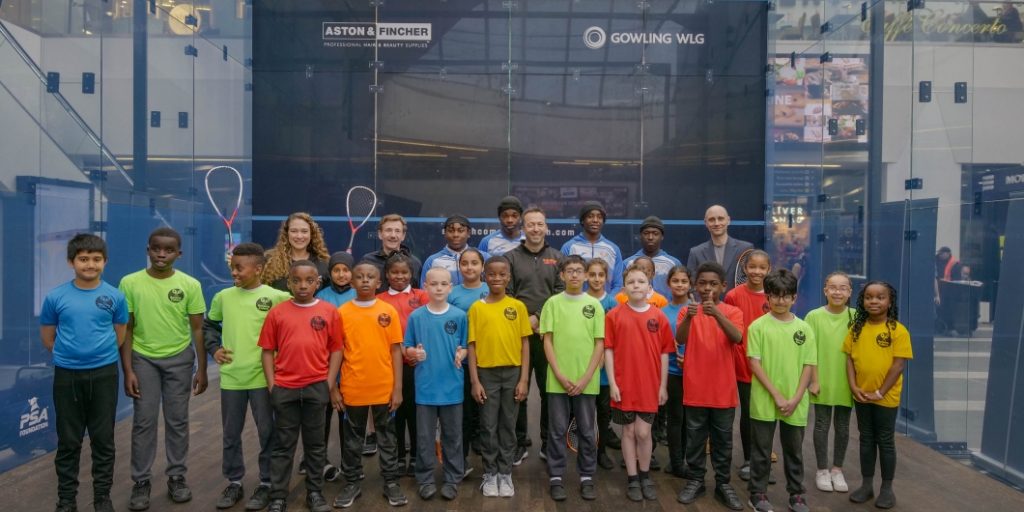 Over 2,000 people got the once-in-a-lifetime experience of playing squash on a stunning glass court at Birmingham New Street station from April 4-11.

The eye-catching, modern glass court was installed at the busy commuter station to whet appetites ahead of squash’s starring role at this summer’s Birmingham 2022 Commonwealth Games.

“Having this court in such a public space was incredible. Every single person that walked through the station this week somehow talked about squash, even if they were just wondering what it was, it made squash stand out,” said Head of the PSA Foundation Adriana Olaya.

“We had over 2,000 people stepping on court, from kids who had never played to experienced club players, Racketball players, random walkers, station workers, you name it. To top it off we had the finals of the University of Birmingham Open which is a PSA World Championship qualifying event that also showcased top-quality matches. It really truly was a celebration of our beloved sports and our squash community.”

The New Street court attracted a wide range of visitors, from schoolchildren to professional squash players like Welsh No.1 and World No.8 Joel Makin as well as Birmingham’s Sarah-Jane Perry, who might well find herself on the podium at Birmingham 2022.

“It’s been really awesome and amazing to see so many people stopping and seeing what’s going on and loads of kids getting involved on the mini glass court,” said England No.1 and World No.6 Perry.

“The Commonwealth Games is all about inclusion, it’s known as the friendly games and squash is really a sport that embodies that sense of community and that’s really been showcased here.”

Makin reiterated the importance of opportunities to take squash to the wider community: “It’s important for squash, the more of this we can get, the better. It’s been great, people have enjoyed it and there’s been good coverage of it this week.”

The glass court is just one of a series of initiatives by Squash United, the collaborative group leading the squash legacy programme which is an official project of United by Birmingham 2022, the community programme for the Commonwealth Games. Spearheaded by England Squash, the PSA Foundation, Rackets Cubed and the World Squash Federation, Squash United’s aim is to take squash to new audiences and make the sport more accessible than ever.

Rackets Cubed founder Michael Hill said: “The event has given us an opportunity to showcase all the incredible community work we are doing. There has never been a more important time to use the power of sport to enhance physical and mental welling, working together we have more impact.”

“We’re so proud to have played a part in this brilliant Squash United initiative to bring squash to new and diverse audiences in and around Birmingham,” said England Squash Chief Executive Mark Williams.

“It’s been amazing to see so many people of all ages and backgrounds trying their hand at squash at this unique event, the smiles on people’s faces has said it all.

“We’d like to thank Network Rail and our sponsors Aston & Fincher, Gowling WLG and Office Principles for making our vision a reality, along with our partners Rackets Cubed, the PSA Foundation and the World Squash Federation.”

Network Rail Head of Stations, Security and Customer Relationship Management, Steven Ireland, said: “It’s been great to see so many people of all ages enjoy the pop-up court, with even station colleagues getting involved.

“We can’t wait to welcome squash fans back to the station throughout Birmingham’s incredible summer of sport.”