Jonathon Power: ’The Best Entertainer of the Commonwealth Games’ 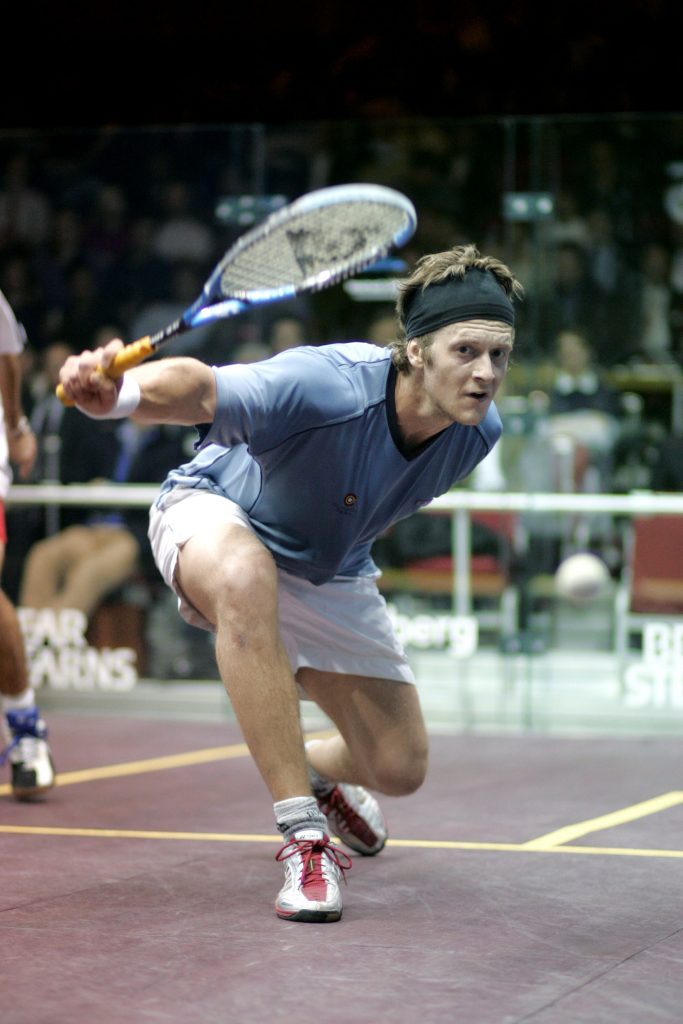 Jonathon Power: ’The Best Entertainer of the Commonwealth Games’

More than 15 years after retiring from the professional game, Jonathon Power is still one of the best known names in the squash public consciousness. The former World No.1, who last year had a dazzling new court named after him, captured the public imagination for his spectacular shotmaking and personality on and off the court.

Jonathon, thanks for joining us today. As someone who reached the top in squash, winning the World Championships, 36 PSA titles, Commonwealth Games gold and silver medals, where do your Commonwealth medals rank amongst your achievements?

“I’d have to say they both differ greatly. The gold was very meaningful because the silver [in which Power lost in the final to then-Scotland player Peter Nicol] was deeply misunderstood by me.

What do you mean by misunderstood?

“So, I’d never been in a real multi-sport games and I think, leading into that tournament, I’d beaten Peter Nicol six or seven times on the trot. And we weren’t playing for any prize money, so my care factor was really low.

“I went to Bali with a bunch of guys and had a good time for 10 days before the event and played no squash and just did it because it was part of the Squash Canada mandate. I didn’t have any sort of understanding.

“But then I got there and was around all the other athletes and got a sense of the village and the environment and what it all meant.”

What changed the way you understood the Games?

“I was pretty young at the time, so I didn’t really have any understanding. But [it all changed] once I got the response from back home, and realised how much people cared.

“I played the final with Peter, and he won, and he played a great match. It was really well received and it was a close match. I realised that it was more important than typical tour events. So I really prioritised that, for Manchester.

“The difference between the Commonwealth Games back then and now, is all the best players in the world were from the Commonwealth. I think there were nine out of the top 10 in Manchester.

“Manchester [where Power beat Nicol, who was by this point representing England, in the final] was so special. I got to have a rematch with Peter in the final and played a great, great match and got some revenge there. So we both got to share in what it was like to win the gold and in different sort of time periods. And that was a great memory and different to any other event I played.

Is revenge something you were focusing on before that 2002 final?

“Oh yeah, the two of us were just ferociously competitive at that point. It was at the peak of our rivalry. Every tournament was me and him at that point. So yeah, definitely it was about avenging that. Plus it was in England and he was playing for England so it was meaningful for sure, in our rivalry.”

After you beat Peter Nicol in Manchester, the BBC did a roundup of the Commonwealth Games, going through all the sports, and listed you as the ‘Best Entertainer of the Games.’ Can you talk to that a little?

“That’s news to me – I just found out right now! Maybe on the dance floor after I won the goal that was the Entertainer of the Games’ moment. I’d say I’d give it that, as I definitely had a good time with the victory!

“But I think my style was very much that you never knew what you were going to get. You’d come in and it could be it could be anything. I think the the anticipation [for the crowd] of not knowing what was going to happen was fun. It’s fun in any sport to go to something and not know if it’s all going to kick off, or what can happen.

And how about those players who are travelling to Birmingham this summer, how do you think they should approach it?

“I would say you should really understand how special of an experience that this in your lifetime, to be in a multi sport games of that magnitude, with all the different sports. So really focus on your event and and do your best, but don’t miss what’s going on around you. Really try to get every last ounce of that experience, because it’ll stay with you forever, as it has with me.