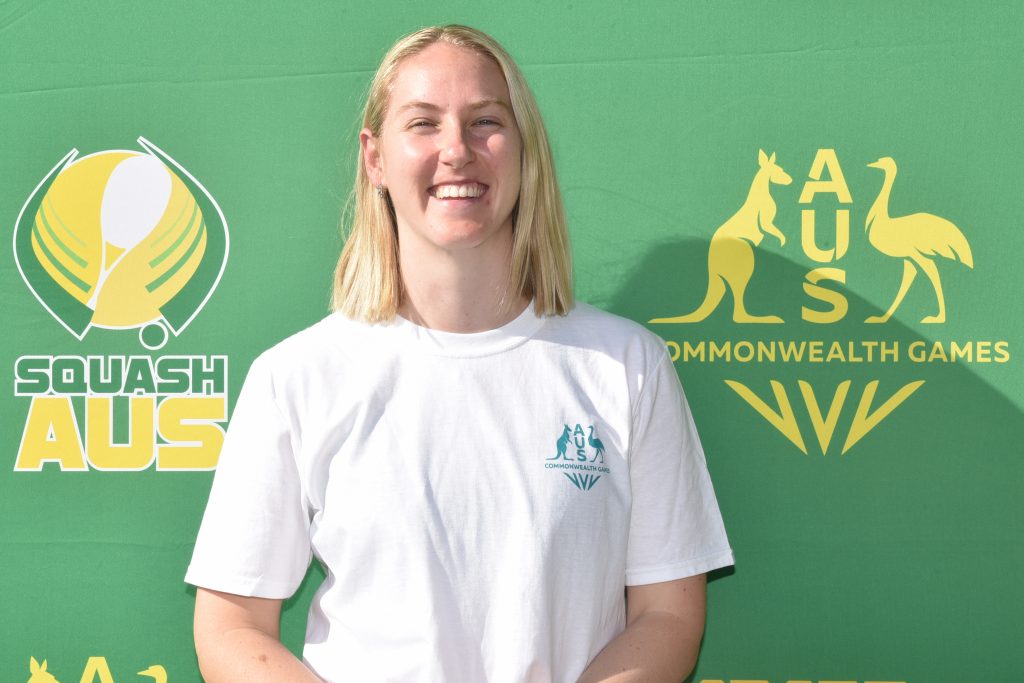 From a young age, Jess Turnbull knew that she wanted to be a professional squash player and represent Australia at the Commonwealth Games one day.

“When it all clicked for me and I wanted to do it professionally, I was 12 and I went to my first Australian Junior Nationals,” she recalled.

“I did really well and ended up winning the U13 Girls and I realised I was good at it and this is what I wanted to do for the rest of my life.”

Getting her start in squash at the age of seven, there was no stopping Turnbull when she first picked up her racquet. Describing herself as “the annoying kid who just wanted to be around”,  her whole family, from her parents to her older siblings, who were involved in the sport.

First representing Australia at the 2013 World Junior Squash Championships was an unbelievable experience for the then 18-year-old Turnbull.

Walking onto the court at Hasta La Vista Club in Wroclaw, Poland as the flagbearer during the Opening Ceremony, the teenager went on to make the third round – the highest finishing Aussie at the event.

“It was an unreal feeling putting on the green and gold. Representing your country is all you want to do when you’re a professional athlete,” she said.

Now, in just over three weeks, she gets to do that at the pinnacle of the sport – the Commonwealth Games.

Finding out she had been selected as one of eight players on Australia’s squash team for Birmingham 2022, is a moment Turnbull remembers clearly. Playing overseas on the PSA Challenger Tour at the time the selection date came around, Turnbull was waiting to see if she had made it.

“I just read the email and dropped my phone, and had a bit of a scream,” she said.

“This is the only thing I wanted for years. COVID-19 has been really tough and the only thing that has got me through it is the fact that I could play Commonwealth Games.

“Being told that one of my goals, since I was a little girl, is coming true, is unreal.”

Turnbull credits her family, in particular her older brother Nathan for helping her achieve her lifelong dream.

“Everyone thinks our sibling coach relationship is weird but it works,” she said.

Recalling the first time the siblings started working together, Turnbull, who was just 15 years old with Nathan 10 years her senior, says he was “mean” and she was “annoying” but since then, their relationships and trust in each other has only become stronger.

Spending hours on the court together day-to-day, Nathan has worked through some difficult times in Jess’ life and has always been solid support for her.

“I wouldn’t be here without him,” she said.

“He knows me better than I know myself and I know he genuinely has my best interests at heart.  He’s pushed me hard to the point where I think I am happy with where I am and I can make some real progress in squash.

“We fight, it does happen, he is still my brother, but I think we have a good relationship.”

With her parents, brother and partner all headed to England for the Commonwealth Games, ready to cheer Jess on from the stands, Turnbull can’t wait to pull on the green and gold once again.

But this time it will be with hundreds of other Aussies at the Opening Ceremony.

“I’m looking forward to being able to pull on the Commonwealth Games uniform with the little crest, and Australia across my back and wear that full uniform and walk out there at the Opening Ceremony with hundreds of other Australian athletes who’ve worked just as hard to get to where they are and know we are all unbelievably excited to be there.”