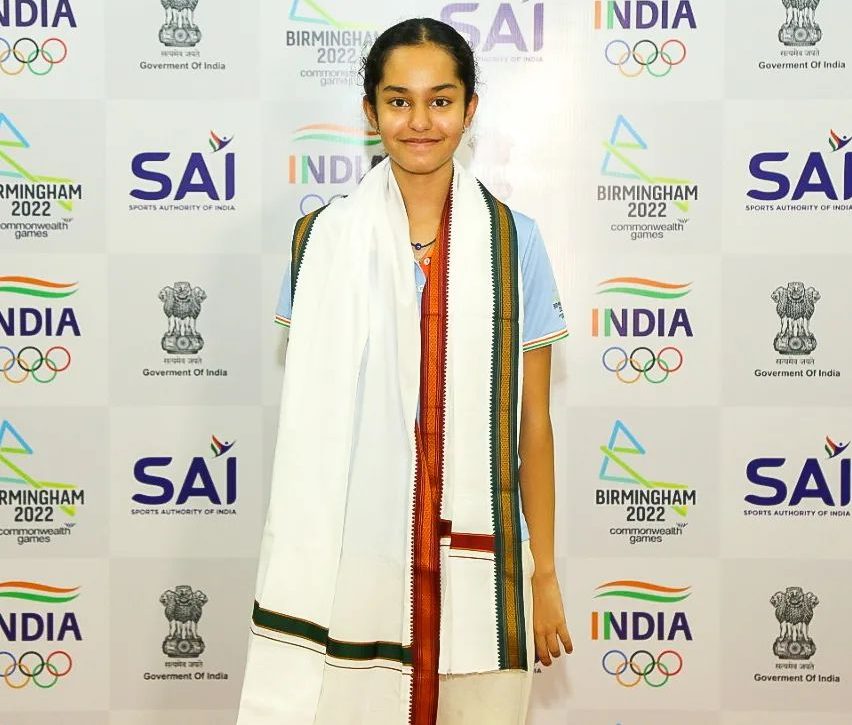 The 14-year-old is the only Indian girl to win a US junior open title and has also collected the British, German and Dutch junior open and Asian championship trophies. Added to her success on the Indian junior circuit, she has won more than 50 titles.

“In one match I was two games down but won in a five-setter,” SINGH said. “Since then I have improved quite a bit, so the gap between me and the other girls is pretty big.

“When I won the British and US Open it was really exciting for a few days, but I felt like I needed to enjoy it then leave it behind, otherwise I wouldn’t be able to focus on getting better for my next tournaments.”

SINGH is the youngest athlete representing India and youngest squash player at Birmingham 2022. She faces Jada ROSS (SVG) on the opening day of the  squash competition on Friday 29 July and is already talking confidently about taking on the seeded Emily WHITLOCK (WAL) in the second round.

SINGH started out playing badminton but gravitated towards squash due to the influence of her older sister Amira, who is now a student at Harvard University.

“I was first drawn to it because I loved the noise of the ball hitting the wall,” SINGH said. “I love exploring different sports but it is squash I love more than any other. I am pretty fast around the court and I don’t give up, even if the score is against me.

“In a few years I want to go to an Ivy League college to train and then start playing on the PSA World Tour. My ultimate ambition is to win the Commonwealth Games and the world title.”

“These Games will be massive for her,” India national coach Cyrus PONCHA said. “She has raw talent and is very easy to work with. Her greatest strength is her speed and she hits the ball straight unlike many other juniors.

“To come here to Birmingham and spend time with older squad members such as Saurav GHOSAL (IND) and Joshna CHINAPPA (IND) will be a great learning experience. She is coming here to absorb and learn, so as far I’m concerned there is no pressure on her.”

This article first appeared on GNS