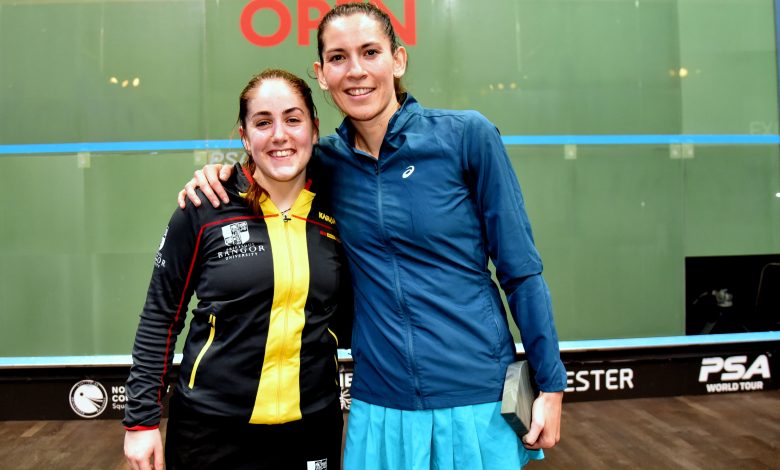 Squash players from around the world have been honoured as their nation’s flagbearers ahead of tonight’s Birmingham 2022 opening ceremony.

World No.5 Joelle King is set to be the top seed for the women’s event in Birmingham this week, and she will be aiming to add to her impressive tally of Commonwealth Games medals, along with defending both the Women’s Singles and Women’s Doubles title that she claimed on the Gold Coast four years ago.

The Kiwi has a total of six Commonwealth Games medals in her career, including a second Women’s Doubles Gold medal, which came back in 2018. She also has a Mixed Doubles Silver medal, along with Bronze medals in both the Women’s Singles and the Mixed Doubles.

45-year-old Rachael Grinham will be competing at the Commonwealth Games for a sixth time, and she has been able to secure medals in each of her five previous appearances, tallying eight in total.

Grinham secured Mixed Doubles Gold in 2014, before also taking a Mixed Doubles Bronze Medal on home soil on the Gold Coast in 2018. She will be a flagbearer for Team Australia alongside three-times Commonwealth Games Gold Medal hockey player Eddie Ockenden. In doing so, she will become the first ever squash player to be a flagbearer for Team Australia.

Joining King and Grinham as flagbearers for their respective nations will be Welshwoman Tesni Evans, with the World No.18 set to lead out her country at the opening ceremony on Thursday evening in Birmingham.

Evans will be aiming to go at least one better than her Women’s Singles Bronze Medal in 2018, as she plays in the same competition, along with teaming up with World No.8 Joel Makin in the Mixed Doubles. The 29-year-old will lead out Wales at the opening ceremony alongside two-time Olympic Gold Medallist and 2018 Tour de France winner Geraint Thomas.

Kijan Sultana will lead the Maltese team out as flagbearer on Thursday evening, and he will represent the Mediterranean nation alongside sisters Colette and Lijana in Birmingham.

For Malaysia, 20-year-old Aifa Azman will lead the team following Sivasangari Subramaniam’s injury in a car accident in June. Azman has risen to World No.24 this year after a number of impressive performances on the PSA World Tour, the most notable of which was a surprise title in the Bronze-level Malaysian Open.

Two Caribbean nations will be represented by squash players, with Emma Keane leading the Bermuda team out. World No.285 Keane, 26, is appearing at her first Commonwealth Games and faces Scotland’s 9/16 seed Georgia Adderley in round two after both players received a first round bye.

Completing the flagbearer lineup is 50-year-old Marlene West of the Cayman Islands. West, who is playing in the Women’s Doubles alongside Jade Pitcairn and in the Mixed Doubles alongside Cameron Stafford, is competing in her sixth Commonwealth Games after making her debut in Manchester 2002.